In July 2020, LG Electronics Australia recognised and rewarded Merissa Forsyth, of Melbourne, Victoria, for her inspiring contributions to her local community, and her dedication to empowering young girls to be confident, happy and comfortable in their own skin.

After putting a successful career in marketing on hold, Merissa decided to pursue a new path, and established a movement that started an important much needed conversation about body image and self-esteem for women and girls in Australia. The overwhelming number of young women and girls who got involved in the movement, and resonated with the message Merissa was sharing, encouraged her to keep going and the Pretty Foundation was born.

When delving deeper into why the issues of low self-esteem and negative body image are so prevalent amongst young girls in Australia, Merissa discovered that there was a gap in educational body image programs for girls during early childhood – which research has found to be the formative years for developing a positive body image. Focused on early education and prevention, the Pretty Foundation aims to empower girls with the perspective, skills and support to develop and nurture a positive body image for themselves and others.

Since founding the Pretty Foundation, Merissa has launched a number of initiatives including the Pretty Inspirational Awards, which celebrates young girls for their character, skills and abilities across various fields. With an aim to empower and educate young girls that their value isn’t in what they look like but rather than in who they are, Merissa has a vision of creating a world where girls are comfortable in their bodies, confident in themselves and conquering in all their endeavours.

We spoke to Merissa to learn more about her story – how she got started, her greatest challenges and the purpose and aim for the Pretty Foundation.

MF: In 2012 I had an ‘aha’ moment in life, as Oprah likes to call it, and I quit my corporate career to start a movement called ‘Makeup Free Me’. It was a campaign where women and girls were asked to go bare faced for a day and stop and reflect on where they found their true value.

I partnered with a body image charity and all the funds raised through the campaign went directly into their programs. The campaign was a great success with lots of women getting involved and much needed funds being raised for school programs. However, after a few years of running this campaign I asked myself and my team why the issue of negative body image didn’t seem to be going away in our society. No one could answer the question, so I decided to dig deeper.

I spoke to lots of experts, read a lot of research and what I found was this: there were many body image programs for teenage girls and even some for primary school girls but there wasn’t really anything in the early education space. Further to this, the research showed that the foundations for body image are laid in early childhood, and here in Australia 38% of 4-year-old girls are dissatisfied with their bodies!

So, I decided it was time to start a charity that focused on early education and prevention. And that’s how the Pretty Foundation was born.

MF: With the word ‘pretty’ often used in a superficial context with regards to female appearance, the foundation aims to reclaim the power of ‘pretty’, using it to describe the true value of women and girls: She’s pretty inspirational. She’s pretty brave. She’s pretty talented.

One of our initiatives that highlights this is the Pretty Inspirational Awards, which ties into International Women’s Day. It is all about celebrating the achievements of girls under 18 years of age and showcasing them as role models for the younger generation. We asked the question, why do we wait until girls become women before we start celebrating them? So, we developed the Pretty Inspirational Awards, which recognises their character, skills and abilities across various fields. The awards include Pretty

Ambitious, Pretty Courageous, Pretty Sporty and Pretty Bright, to name a few, and each of them focus on girls’ inner traits. Our aim is to teach our girls that their value isn’t in what they look like, but rather in who they are. 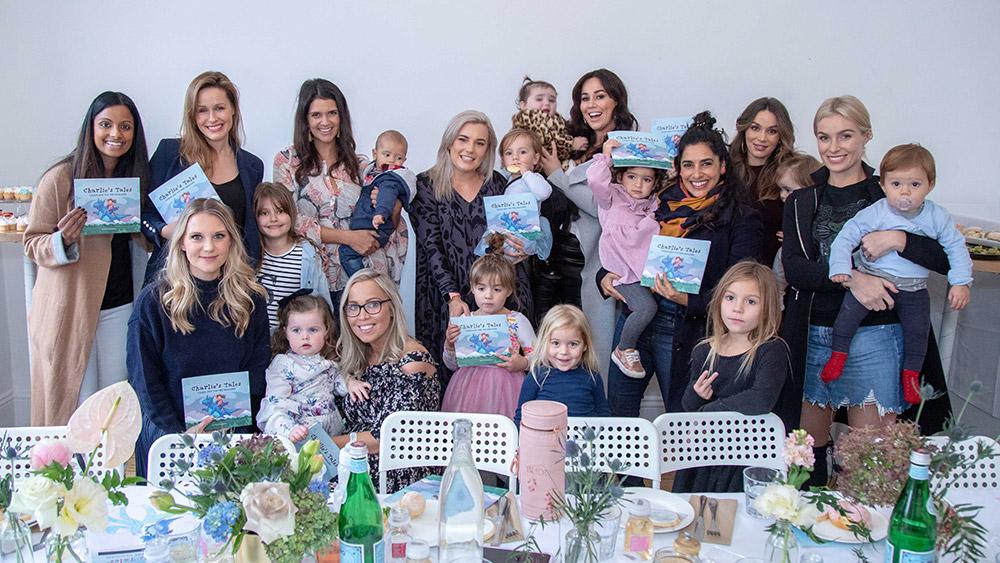 MF: It’s always difficult starting a charity from a resource perspective. Starting out with no human or financial resources to back it can be tough. However, overtime we’ve been able to grow the brand and ultimately the impact of our work, and now we have some great partners who see the importance and need for the Pretty Foundation. They can see how through empowering our next generation of girls, we can help them to step into their potential, and recognise how when girls thrive, they go onto positively impacting our world. Our desire at Pretty Foundation is to see girls comfortable in their bodies, confident in themselves and conquering in all their endeavours.

MF: We have lots of initiatives that we run at Pretty Foundation, but my favourite one that has made such great impact, is our Charlie’s Tales Body Confidence book series. It aims to use storytelling to instil body confidence messages in young girls, through the main character Charlie.

The Charlie’s Tales series aims to develop Charlie as a peer role model to set an example for our girls: one who embodies the characteristics of a healthy body image and seeks to live her life to its full potential. We also hope to build resilience in our girls by instilling positive body image messages through each of Charlie’s adventures.

Currently, there are three books that we’ve launched, and we’ve been able to allow over 320,000 children to experience Charlie’s Tales through homes, preschools and schools. What’s even more exciting is that through surveys we’ve been able to see that within just one month of reading these books to their children, 55% of parents have seen a positive change in their child’s body image.

MF: We are actually just about to launch our fourth Charlie’s Tales book, in collaboration with Basketball Australia, Gymnastics Australia and Athletics Australia – which is exciting! The book will focus on how we are all unique and that we should celebrate diversity. We have big plans for Charlie, and, more importantly, big plans for our girls.

We are also in the process of planning for our next Pretty Inspirational Awards next year, and of course continuing to work with inspiring and aspirational women that act as role models for young girls.

LG Electronics Australia would like to thank Merissa for her dedication and her passion for educating and empowering the younger generation. We wish Merissa our best as she continues with her incredible work with the Pretty Foundation.

If you know someone like Merissa making positive contributions through their time, actions, talents and/or dedication to others, you can nominate them to be named an LG Local Legend by visiting www.lglifesgood.com.au/nominate-a-local-legend. We are looking forward to celebrating their achievements with you soon!