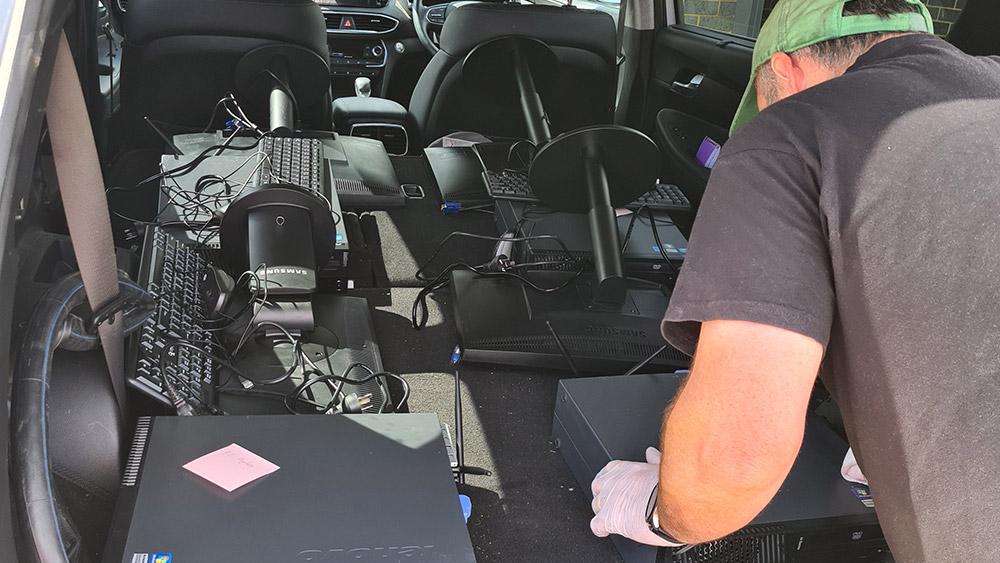 Deniliquin, NSW who has been rebuilding old computers and donating the machines to families in need for home learning purposes since the beginning of the pandemic. As a father of three, Mathew understood first-hand the challenges faced by families needing to coordinate home learning due to COVID-19 government restrictions and wanted to help.

As an IT specialist, Mathew’s passion for computers stems back to his childhood, where at age 10, he rebuilt his first computer. When schools started to close back in March, Mathew started fixing old computers and spare parts lying around the house. Once he had refurbished what he had, he called on his local community for donations and the rest is history.

We spoke to Mathew to learn more about his efforts – how he got started, his greatest challenges and what he has planned next:

MC: I’ve always been interested in computers; I rebuilt my first computer when I was 10 years old and my first job out of university was in IT. Rebuilding computers has been a passion project of mine for years and I’ve always ensured my kids have understood the tech – they’re almost as tech savvy as I am!

When COVID-19 closed schools and forced us into home learning, we had to quickly adapt to learning online. It was at this point, working with my kids on their schoolwork online, that I thought to myself it would be almost impossible for parents to do this without a computer. Not to mention kids falling behind simply because they didn’t have or couldn’t afford or access the hardware. That’s when I thought I could put my IT skills to good use during this time and help other families in my town by refurbishing old laptops and computers and donating to those who needed them.

MC: I had a pile of spare computers and parts lying around the house and thought I would repair them and donate to any families that needed one. I posted what I was doing on my personal Facebook page and it ballooned from there. Once I’d utilised everything I had at home, I put a call out on the local Deni buy-and-sell Facebook page asking for old laptops, computers and accessories and continued rebuilding computers to donate. A few businesses around town and some people in the community all wanted to help by pledging computers and accessories to the cause. 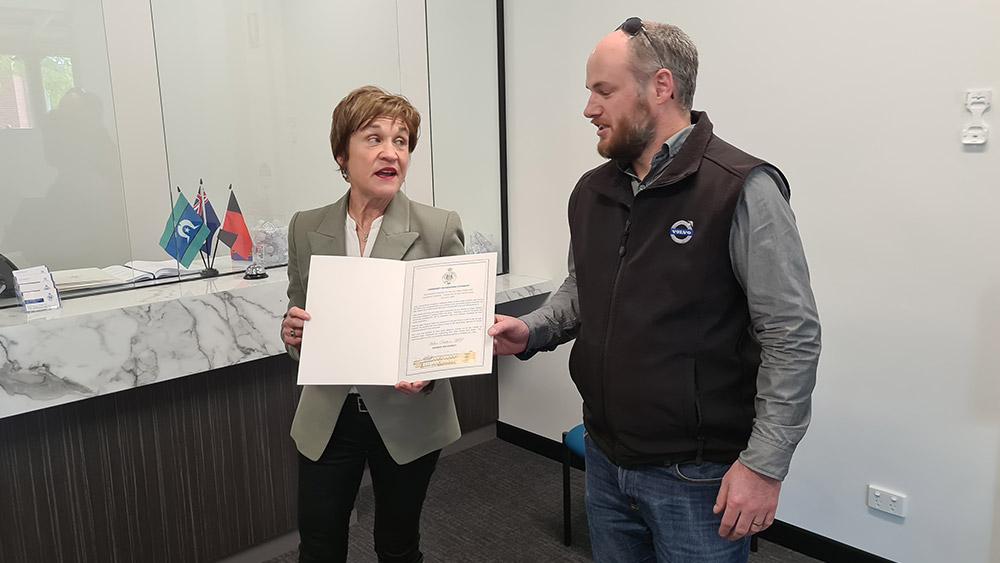 MC: I’m still working my full-time job in IT and raising a family, so the biggest challenge I have is time, as finding it amongst my family’s busy schedule is difficult. Otherwise, early on I was lacking keyboards and mice since most people and businesses usually hold onto them and just replace the computer. Again, it was easy to overcome this once I put a call out on the local Deni buy-and-sell Facebook page, people were more than happy to come drop off spare keyboards and mice. Most of the people who donated did so because they’ve recently upgraded, so the computers and accessories were all still in decent working order, they just needed a service. Other computers and laptops were completely dead but still had some good working parts. None of the tech donated was worthless, it was handy in some way or form, whether it was an internal or external part.

MC: Through donations and from what I had lying around the house, I’ve delivered 42 machines to families who did not have a computer. On top of this, I’ve repaired two computers from separate families and was able to donate parts to a couple of kids that are tech minded and were interested in building their own computer. The local Rotary Club donated a few machines, as well as businesses from around town and individuals who had upgraded or had broken down computers, which they were no longer able to use. It’s been great getting feedback from the families, a lot of them have said how much it means to them. I’ve also had anecdotal feedback from teachers at school, saying that they know of kids completing online learning with their new computers. Hopefully I have made a difference and helped ease the burden on some families during this period of home learning. 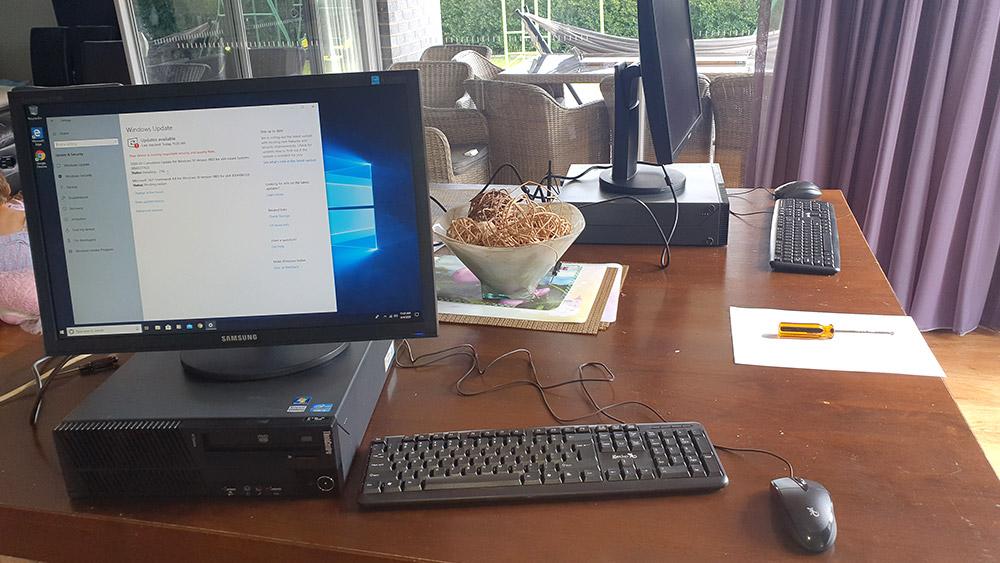 LG: What is next for you and your initiative?

MC: Now, it’s mostly on hold. With NSW students back at school full time in my area, demand has dropped off significantly, but it’s timely for me as I’m working on a new IT project that is taking up a lot my time. If NSW school students do go back to home learning at some stage, I’ll most likely put out another call on Facebook for donations and repair and rebuild computers for families that need one. It may be a bit of a pipedream, but I would love to see this happen in other regional towns and support home learning across the country.

LG Electronics Australia would like to thank Mathew for his kindness and compassion helping families struggling to manage home learning. We wish Mathew our best as he continues his passion and helps families when they need his support most.

If you know someone like Mathew making positive contributions through their time, actions, talents and/or dedication to others, you can nominate them to be named an LG Local Legend by visiting www.lglifesgood.com.au/nominate-a-local-legend. We are looking forward to celebrating their achievements with you soon!