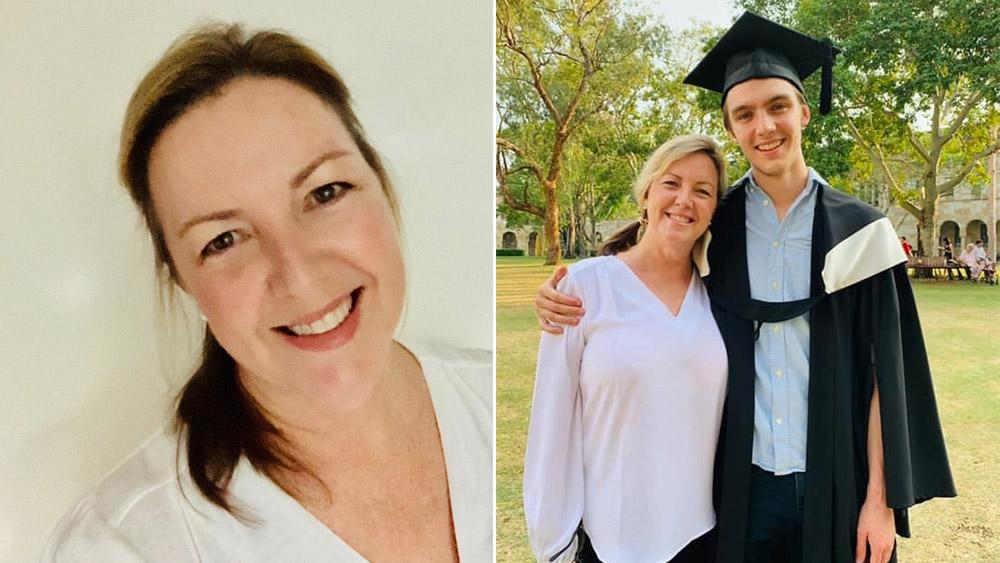 In June 2020, LG rewarded Louise Dingle of Brisbane, Queensland as a deserving LG Local Legend Winner. Louise is a proud mum to one son and Qantas flight attendant who spends her free time helping to protect Australia’s precious wildlife.

The devastating bushfires in 2019/2020 saw the displacement and significant loss of Australian wildlife. In fact, an estimated one billion native animals were killed during this period and more than 11 million hectares of habitat was lost. Louise, who has spent the last decade saving and protecting at risk native animals from various threats, mobilised her community and network to assist in the rescue and preservation of wounded marsupials and other species in the wake of this tragedy.

Together, Louise and her community, revive injured marsupials who had lost their homes and moved closer to the residential areas. They do this by keeping the animals hydrated and warm before organising care through organisations such as the RSPCA or local veterinary clinics. 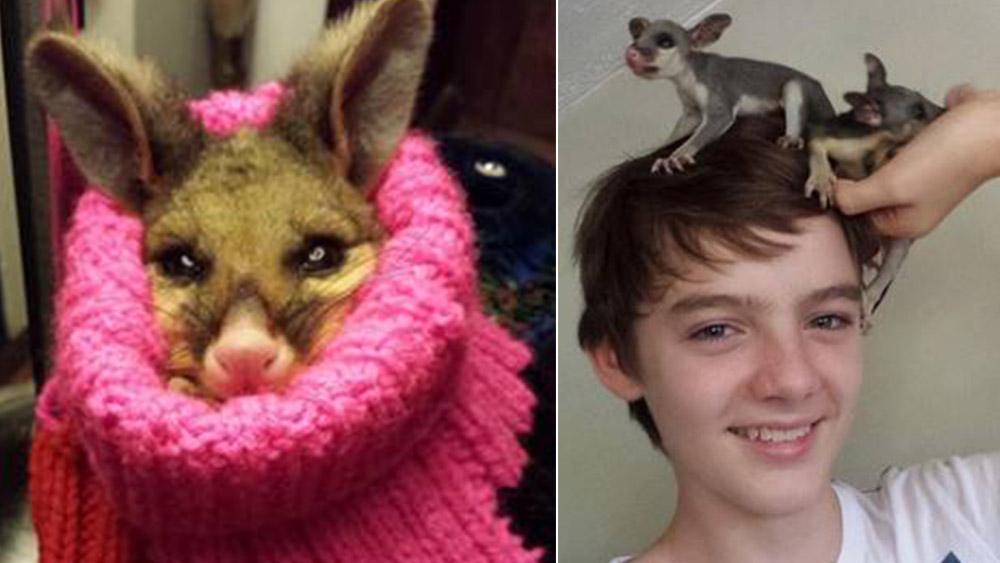 Even after Louise wraps up a shift as a flight attendant, she drives the roads surrounding a newly constructed airport runway to find and rescue injured animals.

Louise’s contributions are not only vital to maintaining Australia’s fragile ecosystem, they are also valuable in teaching children in the community about the importance of wildlife care.

She also contributes her time as a volunteer refugee therapist and gives those she counsels the opportunity to spend time with the animals, as well as a sense of purpose – especially if they are not working.

We spoke with Louise to find out more about her selfless efforts helping to sustain the Australian marsupial population and other native species. You can read her inspiring answers below:

LD: I grew up in Rockhampton and was mentored by my dad who was always doing things in the community. As I grew up in the country, we would see so many kangaroos getting hit by cars. I guess that’s some context into why I have always felt it was right to give back to the community.

For the last 10 years in Brisbane they’ve been putting in a second airport runway. When I would be on my way to work as a flight attendant, I could see that every time they bulldozed a piece of land, there would be injured animals that would come towards the roads. I then would see so many people driving past these injured wildlife and I just wanted to do something about it! 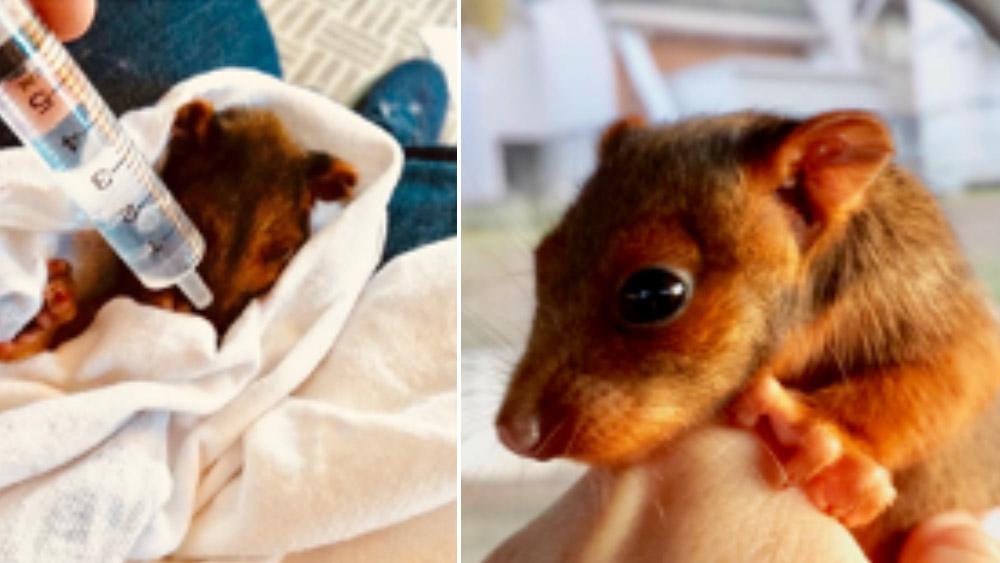 LD: Well I thought to myself, there’s an issue – there’s a behaviour going on and there are displaced animals. I have an environment that I can use as a great resource space to do something about it.

I also work as a pro bono therapist with refugees, and I knew they wanted to help out too – and especially support with the injured wildlife that needed transporting. So often these refugees would help me move the animals to a vet or to the RSPCA - or help bundle them up before I could get them to a vet. The support was overwhelming and the refugees I supported found a sense of purpose. They often said to me that helping heal an animal helped heal them too.

Even my neighbourhood joined in - a woman on my street in her 90s and fellow flight attendants would sew and knit these beautiful bags to help transport the animals.

So, I had all of these people who gave up their spare time to help out and they were usually really keen to help out too.

LD: Well I’ve been doing this for about a decade now so absolutely there has been challenges along the way. On one particular occasion I was trying to rescue a straw neck Ibis from a muddy swamp near the runway. I was literally standing in the mud and my work called and asked me to cover a couple of flights for a sick crew member! And I remember I was holding the phone in one hand and bird in the other, stuck up to my thighs in mud, and they wanted me to be at the airport in an hour! I’m thinking, “hm $300 pay or save the Ibis”’ - I had to choose between my career and my role as a carer. So I chose the Ibis.

It’s important to note that I’m not a registered carer. What I do is pick up the animals, put them in a box, and ring the RSPCA. Getting them off the road and keeping them warm is really important. I see that as a real challenge, just keeping them alive.

One of the biggest hurdles is realising that wildlife care is either about complete rescue and rehab, or it’s about keeping the animal warm until it can be euthanised. For me, the motivation is to make sure it’s not laying on the stinking hot road dying over eight hours. The time between is really important. So that was a huge learning for me, to realise that minimising the time the animal has spent in pain to get it euthanised is a success

LD: I guess the main thing is rescuing hundreds of animals. Especially the joeys and baby possums. I’m so happy that the runway is coming to an end so that we will see less displaced animals.

Another huge accomplishment for me has been raising awareness through my Facebook. Since the fires people need to realise that what you see in the suburbs now is actually a really important habitat. We lost so many animals in the devastating bushfires and what we see in the suburbs are truly important to Australia and to the DNA chain replenishing itself. Therefore, what I’ve been able to do through my online platforms is raise awareness around the importance of suburban wildlife.

The other big thing that I want to see change is for people to stop using poison to kill animals. We’re actually losing all of our owls and even eagles because they’re eating poisoned possums, who ingest the poison left out for rats. I just wish Australians who live in the suburbs of Brisbane or Sydney would stop using rat poison. It’s a painful death for the rats and it’s a painful death for owls and eagles. We need to realise that we’re in their territory.

Another achievement is that the children in my community are growing up with this lovely attachment to things that are just above them in the trees. It’s lovely to see, especially during isolation.

LG: What is next for you and your initiative?

LD: We’re coming into spring and any wildlife carer knows that when spring comes around, they’re going to be inundated with joeys. During this time of year, hundreds of baby joeys will fall from their mothers when they’re startled or owls will swoop by snatch a baby from the mothers back and then drop it, so we get those kinds of injuries too.

What’s next for the initiative is that I would love for people to be able to identify the difference between a baby ring tail possum and a rat. If you see their tail curling, it’s a possum then what you have is protected fauna. Our fauna is actually protected by the crown. If you see a baby ring tail possum, just get a cloth or t-shirt and pop it in a box then ring the 24-hour RSPCA line. From there just sit with them for an hour or two. Act as the go-between of injury and rescue.

LG Electronics Australia would like to thank Louise for her selfless contributions to our country and the Brisbane community by helping to save and protect our native species. We wish Louise our best as she continues to educate her local community on the importance of rescuing these animals and how they too can contribute to their preservation and make a difference.

If you know someone like Louise making positive contributions through their time, actions, talents and/or dedication to others, you can nominate them to be named an LG Local Legend by visiting www.lglifesgood.com.au/nominate-a-local-legend. We are looking forward to celebrating their achievements with you soon!