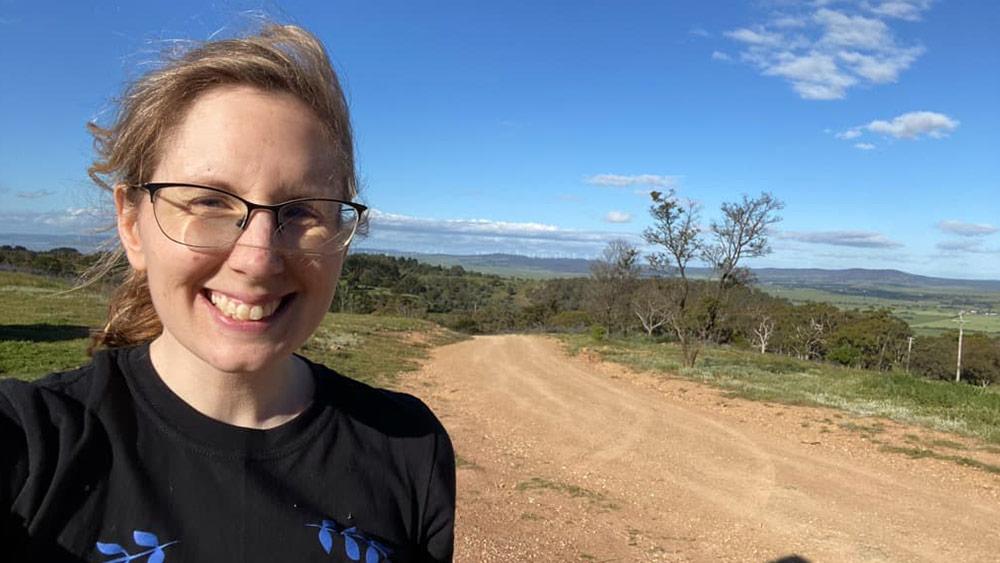 In 2020, LG Electronics Australia recognised and rewarded Allison Cairns, a local hero from Canberra, ACT. In addition to working at The National Incident Centre (NIC) for the Australian Government in Canberra, Allison is the co-founder of Animal Rescue Co-operative (ARC), an organisation that raises money to support animal rescue groups nation-wide.

Since 2019 Allison has been instrumental in responding to  Australian wildlife emergencies and helping rebuild animal sanctuaries during natural disasters, starting with the Summer 2019-20 New South Wales (NSW)  bushfires, and the South Australia (SA) and Western Australia (WA) bushfires, the Western Australia cyclone and the NSW floods. We spoke with Allison to find out more about her efforts in wildlife conservation and rescuing animals and pets. You can read her inspiring answers below:

AC: Animal Rescue Co-operative (ARC) was born out of my strong love for animals. I saw a gap in terms of what animal rescuers needed and what owners needed and so for me, this was an active way I could give back and do something that I really loved doing, while also helping people and animals. 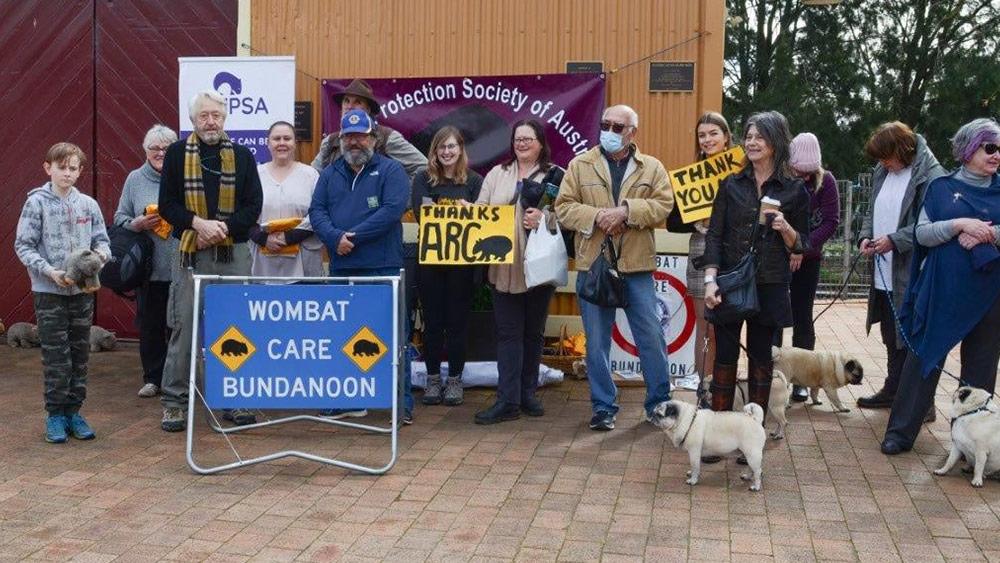 AC: The concept for ARC was fluid and happened almost naturally. In 2019, a good friend and I, who is also on another charity board with me, started a Facebook page. The concept was an online community where animal rescue organisations could swap goods – they could post photos and descriptions of extra items they had, to see if other animal rescue groups needed them. From there, ARC grew and as we started doing more outside of the page, we started getting more donations from large companies such as PetBarn and Petwise.

In October that year, we had the first of the bushfires on the North Coast. That was our very first experience with emergency response for natural disasters and animal rescue. It was a pretty steep learning curve as we saw things happening and believed we had the capacity and capability to offer support. So, we started getting some volunteers together.

I still remember the first time we transported supplies in a ute from Canberra all the way up to the North Coast to Coffs Harbour and the fire was still burning at the same time. We visited quite a few animal rescues, showgrounds and fields where people were evacuated, and we began organising hay deliveries and supplies. It all just started to evolve from there.

AC: There are a lot of challenges. In Australia, every state and territory are different in terms of legislation around emergency response and wildlife rescue. We had to get an understanding of what we could and could not do in those situations. A lot of states and territories are a bit behind in terms of how we can collaborate pre-disaster so that we can all prepare and work together when the disaster hits. This year, we responded to the WA bushfires and there was a lot more collaboration than before. In NSW, they are working hard to have plans and authorised people go into bushfire areas and rescue wildlife.

We have a long way to go, as animal rescue groups in Australia are still underfunded. We are lucky in some states that there is funding and large wildlife groups, but it is not the case across all of Australia.

One of our current challenges is providing animal rescuers across the spectrum with support and finding a way to make animal rescue sustainable. If we did not have a job to do anymore, we would have achieved our goals. So, from our perspective, it is about trying to walk that line where the outcome is that you are no longer needed anymore. 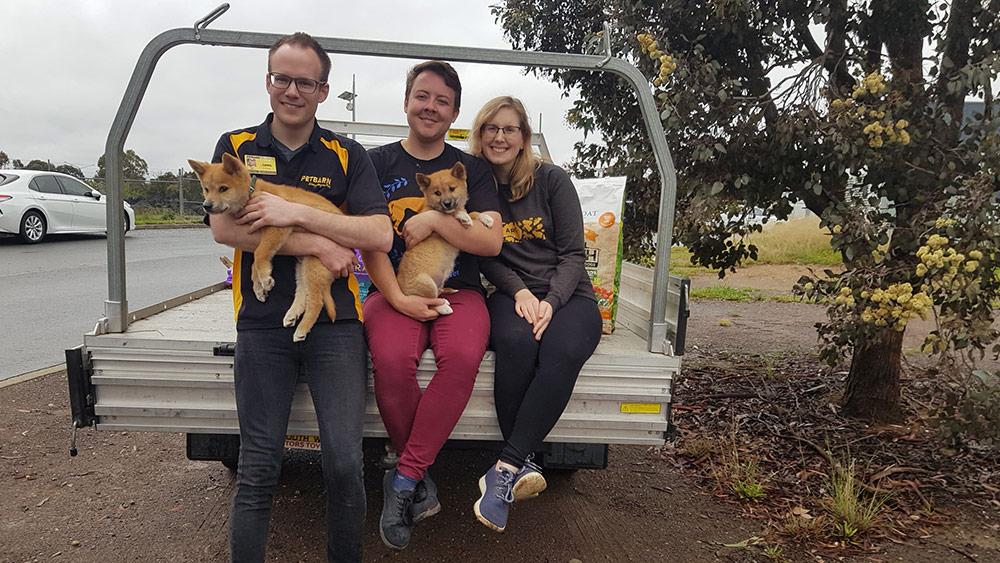 Currently, we have 23 national hubs that are all prepared for emergencies. We also have a national emergency preparedness program, which was not in place back in September 2019. During the pre-disaster period each year, we set up the hubs with essential items for animal rescue and care that can last up to two weeks, which is funded by WIRES.

During the NSW floods, we sent pallets of animal food, hay, medical supplies to vets who were doing medical treatments for free. We had one of our hub workers who canoed in the water during the floods with bales of hay and went to people’s houses to help their animals. Then we had another worker treat animals every day with injuries.

Recently, we have partnered up with Royal Canin, and they are supplying us with hundreds of pallets of dog food, which we are distributing nationwide. In addition, we are focusing on ongoing outreach to people who are currently homeless or struggling financially.

We never expected or anticipated this is what we would be doing, but as it turns out, it’s where the help is really needed. We are now in a place with the right resources and experience to support the community. Being able to do this comes down to the people around you - we wouldn’t be anywhere without the team and everyone who works with us. 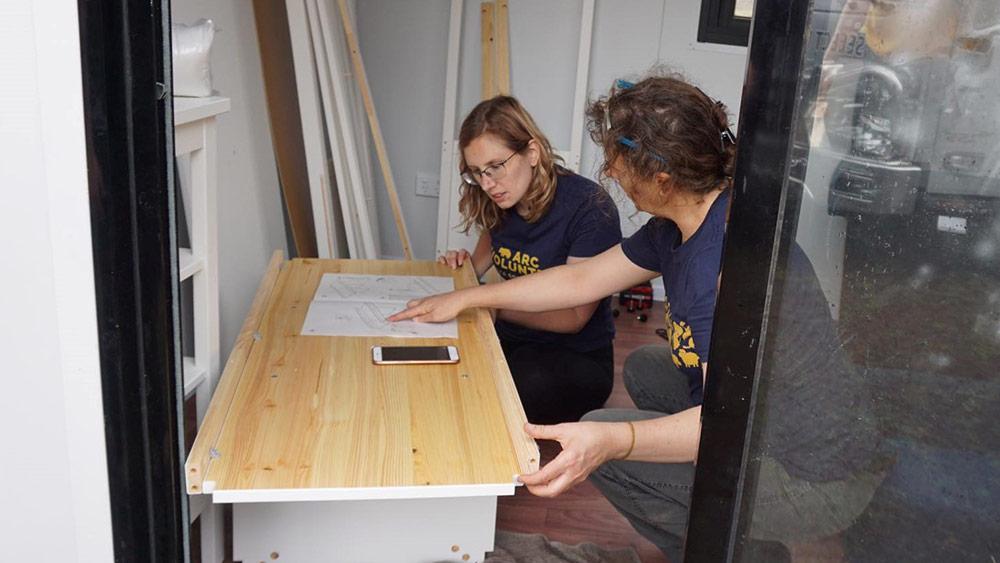 AC: Personally, I am working on emergency preparedness, which involves working with animal rescuers and sanctuaries to prepare their properties and enclosures for emergency situations. A big gap we found with rescuing animals' post-disaster, is the need for partner properties and facilities that we can take them to. If the properties and facilities that look after animals are damaged or destroyed, we run out of options for rehabilitating animals. A lot of animal carers are also time-poor and spend most of their income looking after animals and may not necessarily have the expertise to recognise what risks look like on their properties.

I’ve begun working on a pilot in the ACT to help local sanctuaries prepare for disasters in advance of the upcoming season. A long-term goal is to roll this out nationally. The main objective is to make everyone as ready as possible and assist people who also help wildlife so they don’t feel like they’re alone.

We have teamed up with our local Rural Fire Service (RFS), where we do preliminary assessments based on satellite images and location information to assess the property and identify risk factors around bushfires that are likely to impact them. We provide guidance on risk mitigations they can implement on their property to make it safer and prevent destruction of enclosures and homes. In addition, we are providing a write up for the organisations to help plan for evacuation or stay in-flight plans. Eventually, we want to provide plans for them to assist with improving their long-term infrastructure as well, such as water tanks, sprinkler systems etc.

We work crazy hours, but we are incredibly lucky with the people we work with. 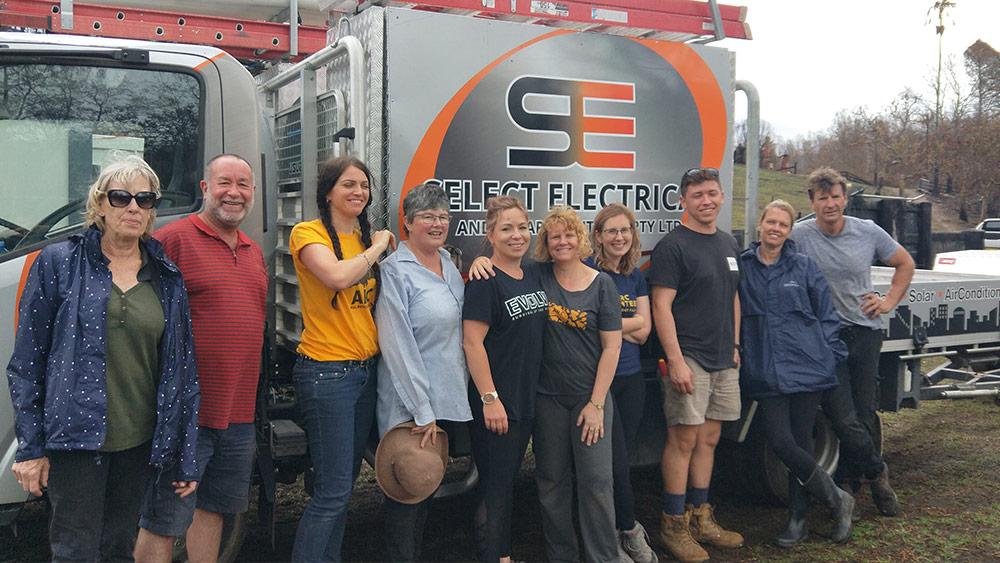 LG Electronics Australia would like to thank Allison for her kindness and compassion. We wish Allison our best as she continues to respond to emergency disasters and helps protect our Australian wildlife. For more information on Animal Rescue Cooperative (ARC), visit the organisation’s website here.

If you know someone like Allison making a difference through their time, actions, talents and/or dedication to others, you can nominate them to be named an LG Local Legend by visiting:  lglifesgood.com.au/nominate-a-local-legend

We are looking forward to celebrating their achievements with you soon!